There’s something about the 6th planet out from the sun. You could chalk it up to the planetary rings, which are some of the most impressive space formations in our solar system. Or you could chalk it up to its distance and visual appeal after all Neptune and Uranus look mostly like marbles thanks to their distance.

Or you could say that it has something to do with Saturn’s competition with another gas giant, Jupiter, for our attention and interest. After all, both feature prominent and interesting formations that can be seen from a telescope.

Whatever the reason, and there are many, it’s no small dream to want to see Saturn through your telescope. Better yet, to see Saturn clearly and well.

Not to mention, Saturn, being both small and more distant than Jupiter, is also the more challenging of the two most eye-catching planets in our solar system. A fit challenge for new and experienced hobbyists alike.

We’ll look at two of the best telescopes for seeing Saturn, compare their differences, and go into what makes these telescopes the best. 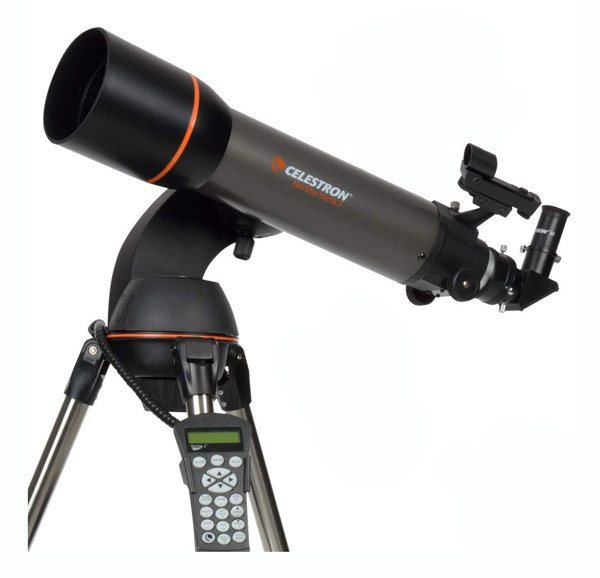 This computerized telescope is large enough and complex enough to help you quickly and easily locate solar objects. It also helps you see the thing more clearly. The large aperture and other optical benefits of this telescope make it one of the crispest and clearest consumer telescopes.

Your aperture is one of the most important features of your telescope. A smaller telescope will typically have a smaller aperture, like the starter telescope designed for beginning hobbyists and kids.

But those smaller apertures aren’t able to capture as much light as the larger design features in this telescope.

Light captured is important. Magnification is a wonderful thing, but magnification without enough light is a little like zooming in on a low-resolution JPEG. You might be able to see the object you’re looking for, but it won’t be a clear image or a good picture.

Saturn is one of those planets you really want to be crisp, clear, and well defined. You want to be able to see the ring clearly around the outline of the larger planet.

This aperture is fantastic for capturing the light you need to take advantage of magnification and get a great look at Saturn.

This telescope also comes with a pre-programmed database of 40,000 sky-bodies in your telescope. In addition to Saturn, you’ll be able to view many stars, galaxies, nebulae, and more.

This computerized locating is fast and easy. Designed for people who have gone past the beginner phases of interest in this hobby, this telescope will broaden the scope of what you can see. Not to mention that you’ll be able to see a lot more.

One of the biggest things that beginners have to deal with is figuring out what they’re looking at when they first set up a telescope. Locating where you are in the sky is important but can be tedious after you’ve done it a thousand times. 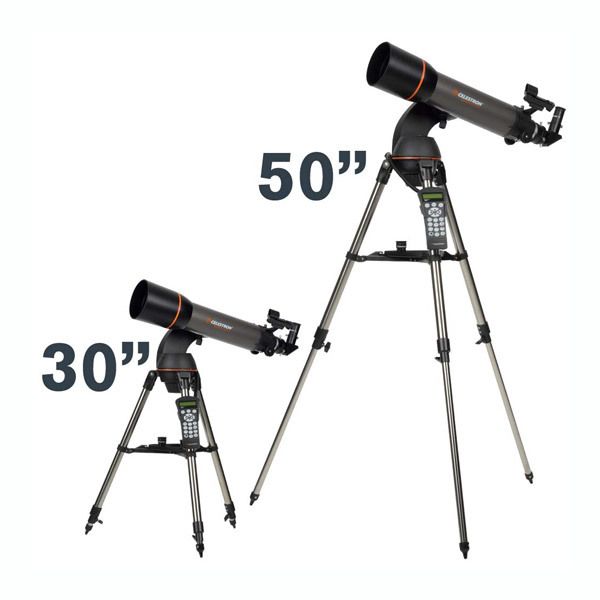 Simple locate three different identifiable bodies in the sky and use them to program your location. From there, the telescope’s computerized star locating system will help take over the process and guide you to the object you want to view.

Not to mention, this telescope also comes with a free download of one of the most popular sky simulator apps on the market. 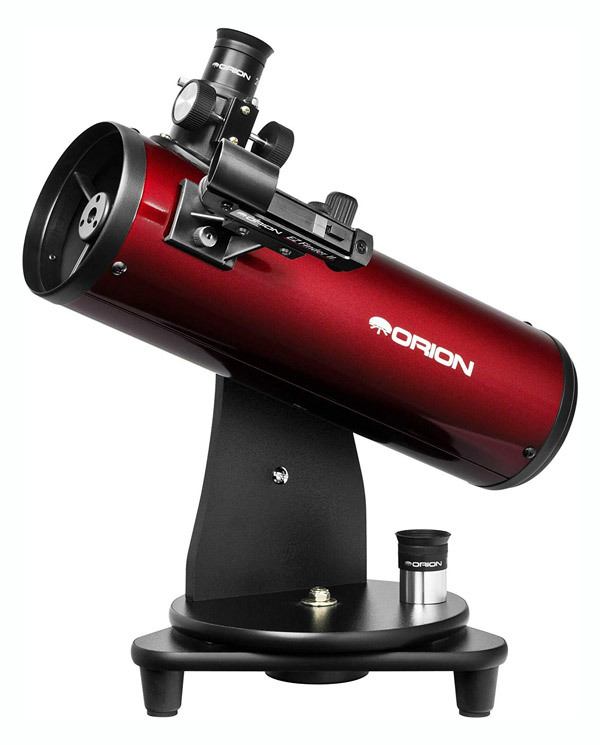 This Orion telescope is a serious step up from the beginner telescopes that flood the market. With glass lenses and a more advanced viewing system, this telescope makes it simple to see Saturn and many other incredible solar and extrasolar bodies.

Not to mention that this telescope is designed to work even in relatively high-light conditions like urban homes.

This is an entry-level telescope. But the glass lenses and superior construction make it seem like anything other than an entry-level.

The 100mm mirror optics are significantly more generous than most beginner lenses. This setup captures much more light than the viable alternatives, which is important. Light carries all the visual information you’re trying to capture.

These optics support greater than average magnification for a beginner telescope. That means you have a lot more flexibility in what you can view and the level of detail you can see.

The two eyepieces included with this telescope, a 10mm, and a 20mm, have 40x and 20x magnification. While that’s not as high as some telescopes advertise, it’s still a good option for catching that first glimpse of Saturn. 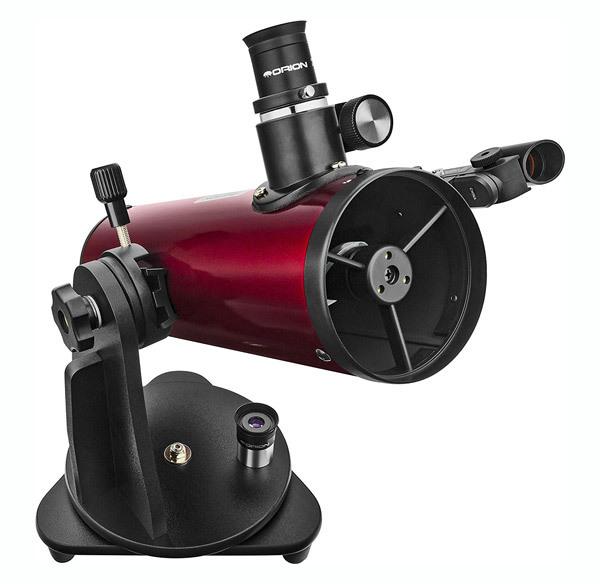 This telescope also comes with the Starry Night astronomy program, which opens up the night sky to more than just the beginner stuff.

This is a perfect telescope for viewing the Milky Way, a huge number of bright sky bodies, and, of course, for viewing Saturn.

Finding the best telescope for viewing Saturn isn’t easy. The 6th planet from the sun may be huge, but it’s far enough away that it takes a pretty specialized telescope to find it. While the beautiful rings are one of the best sights in the solar system, they aren’t the easiest to find.

Look for telescopes that accept a lot of light, and that are designed to make location easier. The precision you’ll need to locate Saturn is aided significantly by location assists.

When you’re ready to take that leap and upgrade the equipment to get a good image, these are some of the first telescopes you should look at. But you’ll know it when you see it, and your first clear glimpse is even more magical than your first blurry one.